In response to the ACP protest at a Planned Parenthood rally this month, pro-lifer ‘Suni Moon’ writes:

“Pictures of aborted babies, huh? Well, that’s certainly not treating those lives lost with the respect they deserve. Don’t praise these people for doing what they did. It’s completely inappropriate, going only on shock factor. Turning those photographs into shock factor. Not dead infacts, just shock factor. Not a life, just something grotesque.

It’s horribly demeaning, disrespectful, disgusting. Shame on these people and their backwords methods.”

Suni Moon, please do not be so quick to condemn.

If you were a student of history and of social reform, you would know that going all the way back to William Wilberforce and the anti-slavery movement, shocking, distasteful, horrifying images have always been used by effective reformers to educate and change public opinion. As Wilberforce famously said, “You may choose to look the other way but you can never say again that you did not know.”

Pictures of aborted babies are the most powerful and effective material means at our disposal for changing hearts and minds. Social Reform 101 teaches that you cannot end an injustice which you agree to cover up. Martin Luther King put it this way, “Like a boil that can never be cured so long as it is covered up but must be opened with all its ugliness to the natural medicines of air and light, injustice must be exposed, with all the tension its exposure creates, to the light of human conscience and the air of national opinion before it can be cured.”

For 40 years pro-lifers have been shouting the conclusions they want skeptics to reach (Abortion kills children, God is pro-life, Choose life, Abortion stops a beating heart, etc.) rather than proving the facts which compel these conclusions. And we’ve been doing so to the great demise and misfortune of unborn babies who are being slaughtered at roughly the same rate today that they were 30 and 40 years ago.

Father Pavone was right when he said, “America will not end abortion until America sees abortion.”

You speak about the respect these babies deserve. The dignity and respect owed these babies was not sacrificed by pro-lifers revealing their horrifying fate, Suni Moon, but by the abortionists and those who paid to have them tortured to death in their mothers’ womb.

Following your logic, it must be disrespectful to display any pictures of the dead. Yet we erect entire buildings, with tax dollars, dedicated for just this purpose. We print disturbing pictures of violence, killing, genocide, and war in our history textbooks, which are then used in classrooms all across America. 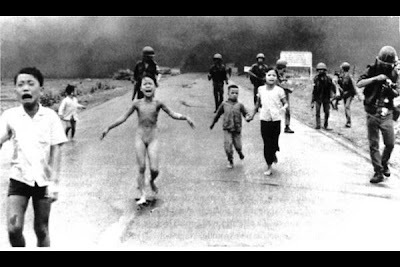 Of course, for Christians, there’s always the question of whether or not Christ would use a bloody image to make his point. But then, he already did.

Enter your nearest Catholic church and you’ll likely find near the altar a larger-than-life sculpture of a man being tortured to death. Perhaps you have something similar hanging on a wall in your house, or around your neck.

Where is your outrage at all this ‘grotesque’ carnage put on public display, Suni Moon?

No, it is not disrespectful to show pictures of the dead. When you are living in a society which is complicit in the slaughter of 50 million innocent babies I submit you are morally obligated to stand up and show them what their complacency and indifference looks like from the perspective of a 10 week old baby.

If I was living in the 1930’s and managed to sneak pictures of Jewish children out of Dachau but then hid the evidence of Nazi brutality in a shoebox under my bed, I would rightly be called an anti-semite. Certainly no one would call my actions Christian.

Yet pro-life Christians today do exactly that when they take the pictures of American children retrieved from our own death camps and dumpsters of Planned Parenthood and hide them from public view under the false pretense that suppressing all the horrifying evidence is the best thing to do. Planned Parenthood cannot believe their good fortune at the stupidity of an opposition which would actively cooperate with them in hiding the proof that abortion kills a baby.

You say shame on us for exposing the injustice of abortion. I’m afraid you’ve got it exactly backwards, Suni Moon.