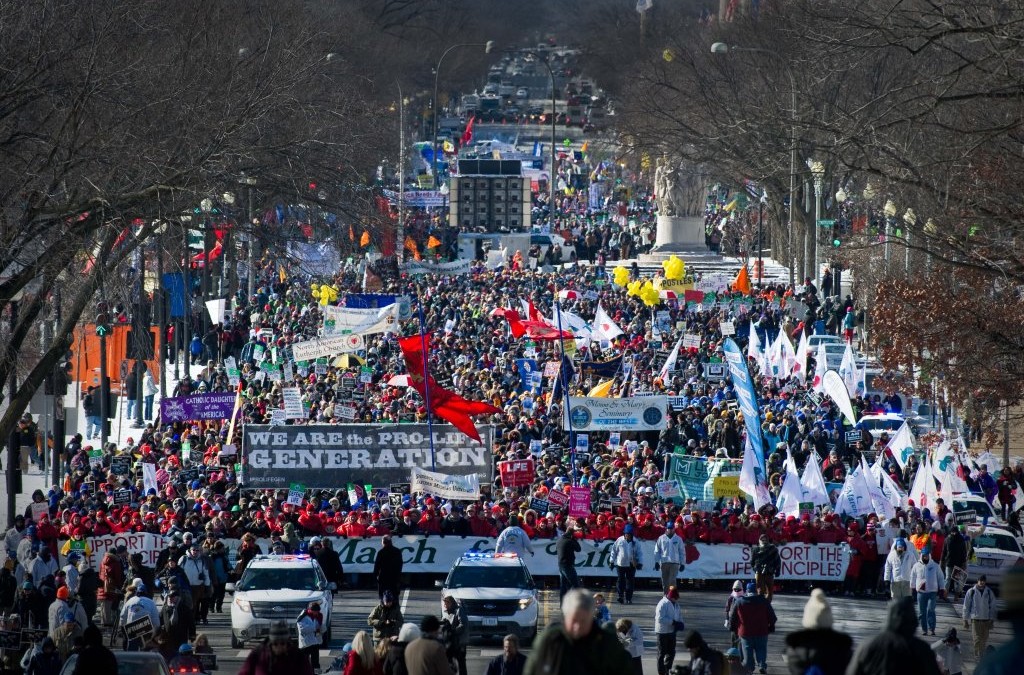 Sometimes it doesn’t feel worth it. When millions of protestors collectively gather this month at their respective capitols, we know not to expect a camera crew. We know the internet will ignore the story, the nightly news will be talking about the weather and latest police brutality and numbers of people purported to be at the marches wildly and deliberately underestimated. The average politician heading up the capitol steps for his daily duties will keep his eyes glued to his smartphone and avoid eye contact with the hoards of people. And commuters will simply get their GPS to reroute them to their destination where they won’t be impeded by a wall of pro-life people trying hard to make their message heard. No one’s fazed.

And I ask all the disheartened protestors to consider: what are you doing this for? Why take your time and brave the elements year after year to hold signs, to pray, to gather in solidarity against the crime of abortion when it seems no one is listening? Have we as a cause, grown irrelevant?

I think now, more than ever, we have to remember to keep our focus. We have to persevere knowing that the media never has and never will distill the full truth about reality. We don’t know whose hearts are touched and we don’t know who’s lives will be saved. Pro-lifers have been battling for decades now and there has been tremendous ground gained through various laws and provisions that make abortions more limited. There simply isn’t any room to back down. We know they aren’t.

But as has been made abundantly clear, laws don’t dictate morals. And while the religious footing we once stood on becomes increasingly ignored in our post-christian society, we know that we have a very strong case in the science world. So we redouble our efforts, focusing on human ethics. Remembering that our goal isn’t to save lives and mark the statistic like tallies on a chalk board… but to change culture. To do that, we can’t go away. We have to commit to this for the long haul. There has to be an unbreakable link between every generation that refuses to stand by idle so long as children are being killed.

The news might ignore us but our presence will be felt everywhere we go. We will be on street corners, whether they ignore us or not. We will write legislation. We will lobby for change. So whether you are at the rallies or there in spirit, know that your efforts are not in vain, and your importance not measured by Facebook likes on a photo nor viewer statistics at the news station. You are doing incredible work; stand strong… because lives depend on it.