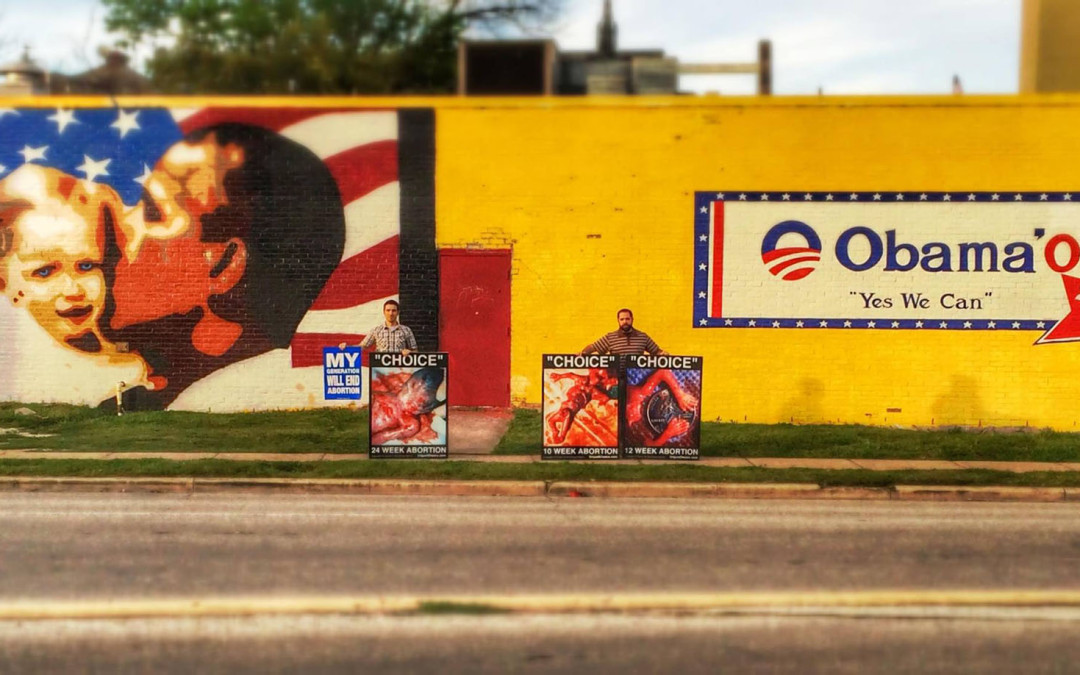 Houston, Texas – October 30, 2014 – Beginning Sunday, November 2, the Anti-Choice Project (ACP) will be taking its enlarged 4′ x 3′ abortion victim photos to the public sidewalks bordering New Life Tabernacle Church in Houston. Established in 2009, the Anti-Choice Project is a peaceful, all-volunteer, non-profit corporation which uses pictures of first and second trimester abortion victims to educate the public about what abortion does to a baby.

According to an October 26, 2014, KHOU article titled, ‘Down in polls, Texas’ Davis recalls own comebacks,’ Rev. Carl Davis of New Life Tabernacle Church is reported as saying, “You know that I don’t believe in abortion. But you know that doesn’t mean I won’t support her [Senator Davis] in other ways.” (http://www.khou.com/story/news/politics/elections/2014/10/26/down-in-polls-texas-davis-recalls-own-comebacks/17966489/)

In response, Andrew St.Hilaire, Co-founder of the Anti-Choice Project, said, “New Life Tabernacle Church has recently decided to use its pulpit to advance the political campaign of pro-abortion gubernatorial candidate Wendy Davis. Pastor Carl Davis has asked his flock to look beyond the baby-killing that Senator Wendy Davis supports. But our giant photos of abortion victims displayed outside his church building on Sunday will make that plea impossible.”

“Very few Christians know what a first trimester abortion looks like,” said ACP Co-founder, Tom Herring. “But for worshippers at New Life Tabernacle Church, that is about to change.”

ACP Houston Director, Jeff Boutte added, “Ephesians 5:11 commands us, without qualification, to ‘expose the deeds of darkness,’ not to show them only privately, and only as a last resort. This Biblical exhortation applies all the more when a purported shepherd of Christ’s flock is encouraging the sheep entrusted to him to cast their ballots for candidates who support torturing a baby to death.”

Tom Herring, Co-founder of the Anti-Choice Project, said, “Some may question our actions, and wonder if Jesus would use such bloody images to make his point. We point to the crucifix, and answer that He already did.”