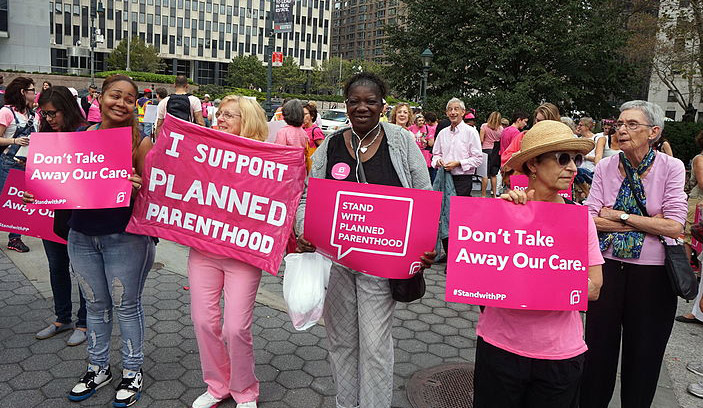 If it’s on the internet, it must be true right? Most thinking people know this to be false, even if many, many people still fall prey to false statistics, misrepresented quotes and scientific “facts” that circle around cyber world every day. It’s easy to be skeptical of memes and Facebook photos. But the number of thinking people is reduced when ‘facts’ are peddled by presumably credible sources like “news agencies” or journalists.

It’s just a pity that we lose brain cells sorting through this sort of drivel. Although Danielle Campoamor—a vocal, pro-choice freelance writer— begins her piece by raising some interesting points about social taboos in public discussion, she then devalues the entire thinking process by ending her piece with false statements like this:

“Society has manipulated abortion and the way in which it is viewed, changing it from a medical procedure to an exhausted topic of debate.”

Um, what? Abortion has always been a topic of debate and was never once in history left untouched as simply a “medical procedure.” Even the words by the majority opinion author of Roe vs. Wade (Justice Harry Blackmun) say as much in 1973: “We forthwith acknowledge our awareness of the sensitive and emotional nature of the abortion controversy, of the vigorous opposing views, even among physicians, and of the deep and seemingly absolute convictions that the subject inspires.” It was always considered much, much more than just a medical procedure even from its proponents.

But that’s not the biggest piece of intellectual dishonesty in the article; it just gets worse from there. Campoamor sates,

“Women’s bodies — in need of medical attention, just like any other body — are used as statistics and fodder for political points, keeping from women the information they need to make informed and safe choices about their health and their healthcare.”

And she goes on to end her piece lamenting how our society is committed to female ignorance and insults the intelligence of women by actively keeping from them “factual and accurate information.”

The irony here is almost staggering. But too many, good thinking people get lost in the credibility thinly offered by Salon Magazine (not exactly known for its academic rigor) and get caught up instead in the passionate rhetoric that veils Campoamor’s dishonest logic:

“We’ve turned women’s reproductive health into a diplomatic discussion. We’ve actively kept women from the services, information and support they need, because we find a procedure to be ‘controversial.’ We’re inhibiting the health and well-being of an untold number of women, because we see women’s bodies as topics of discussion during the latest political debate…”

In fact it is the pro-life side that has been begging and pleading for “factual and accurate information” from the get go. We are the ones fighting to get the truth out there, to empower women to fully understand the stakes and to educate society as a whole about irrefutable, biological facts. Many states have scrambled for years to keep laws off the books that promote informed decisions by women (most notably mandatory ultrasounds, which we all know are hugely effective at reducing the abortion rate). Other things like 72 hour waiting periods and such are also detested under the guise that pro-choice people don’t want to burden women or cause unnecessary emotional duress. Read another way, they don’t want women to be fully informed about the facts.

But hey, get some writer with a gift for articulation on the topic and you just might be able to twist the truth around to make the abortion industry fit into the victim hat.

In her article, I was edified to read one very thoughtful and important statement in the comment section from one “jdjd”. In part:

“I’m pro-choice, but I’m constantly reminding people that the opposing viewpoint that abortion is murder is actually completely logical. Thinking that the continuation of a life, even an unborn life, trumps other personal rights is not an unreasonable position to take, and it seems perfectly understandable to me that the people that feel that way might be passionately concerned about the issue and feel an urgency when addressing it. I don’t think the abortion divide is really even two opposite sides of an argument. It’s really just two groups choosing different criteria for important decision making. The pro-life crowd always defers to life, while the pro-choice crowd defers to suffering and believes there are some cases where life does not trump other considerations.”

Shockingly helpful honesty from ‘the other side’. What if our world was able to discuss the abortion issue head-on, in all its brutal honesty, without having to spend so much time and energy debating phantom arguments?! Oh how I long for that day! Instead, as pieces like this show, it seems people are still committed to misrepresenting the facts and distorting the reality…